Opening the Utility of Saint Francrsc 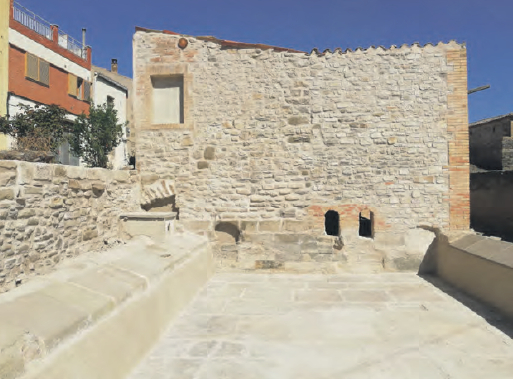 These public wash were in use until a few years ago. They were very close to the homonymous convent of the thirteenth century, in the slums of Cervera and were one of only two public washrooms that were in the city. From old photographs we can see that they were formed by a single rectangular pool carved stone wash with slabs of stone. Among the seventies and eighties of the last century, a shovel the partially destroyed and covered with earth and rubble. Some of the slabs were broken and others pillaged. Now, after a project of excavation and recovery of this item, the utility has been restored and returned to its original appearance.
Facebook Twitter LinkedIn WhatsApp Email
We use our own and third-party cookies to improve our services and technical reasons, to improve your browsing experience, to store your preferences and, optionally, to show you advertising related to your preferences by analyzing your browsing habits. We have included some configuration options that allow you to tell us exactly which cookies you prefer and which you don't. Press ACCEPT to consent to all cookies. Press CONFIGURATION to decide the options you prefer. To obtain more information about our cookies, access our Cookies Policy here: More information
Settings Accept